A Covenantal Festival of the Arts

In the mid-1980s, Trinity Lutheran Church and Christ Episcopal Church, both located in the heart of downtown Reading, Pennsylvania, formed a covenantal partnership.  Out of their mutual interest in the arts, both in the city and county-wide, the Fall Festival of the Arts was born.  The churches present the Fall Festival of the Arts “as an expression of the covenant they share and as a celebration of God’s creative gifts.  The Festival invites its church members and the wider community to celebrate, to participate in, and to support excellence in the arts,” states the organization’s website, www.fallfestivalofthearts.org. Next year will mark the festival’s thirty-fifth anniversary.

In 1977, Donald Hinkle, organist and choir director of Trinity, honored the memory of E. Power Biggs by establishing an organ recital bearing his name.  Mrs. Biggs attended the inaugural concert.  The recital featured several local organists each presenting a major work.  The concert continued in format until 1988.  In that year, and then continuously since 1993, a renowned organist has been invited to play a full recital.  Past female performers have included: Marilyn Keiser, Heather Hinton, Diane Meredith Belcher, Isabelle Demers, and this year, our own Gail Archer.  Christ Church houses an instrument from the Lehigh Organ Company of Macungie, Pennsylvania.  In 2013, Patrick J. Murphy and Company of Stowe, Pennsylvania installed a 37 stop, 48 rank organ at Trinity.  The recitals have alternated between the two churches and are offered free to the public.

After the success of the organ concert, a choral component was added.  A joint choir of Trinity and Christ Churches, under the direction of Dr. William Reese, presented a concert in 1978.  In 1982 Richard Westenberg conducted the Brahms Requiem.  From 1984 through 1994, in even numbered years, Robert Page conducted the festival chorus and orchestra presenting Mendelssohn’s Elijah, Mozart’s Requiem and Bruckner’s Te Deum, the Brahms Requiem, the Verdi Requiem, the Fauré Requiem and Poulenc Gloria, and the Mozart Grand Mass in C Minor and Kodály Te Deum.  This year’s offering, directed by a Trinity member and featuring a choir by members of both churches, highlighted the music of Bernstein and Sondheim.

By 1985 the joint creativity and support of the arts lead to the formation of the Fall Festival of the Arts.  An art exhibit, featuring works by members and friends of the two congregations, became an annual event, with a percentage of the sale of works contributed to the festival. Dramas and musicals, fully cast and directed by members of the churches have been presented.  The performances have included: The Lady’s Not for Burning, Androcles and the Lion, The Lion in Winter, Driving Miss Daisy, Agnes of God, Steel Magnolias, Camelot, to name a few.  Special events for children, offered on Saturday mornings, included local storytellers and kid-oriented musical groups.

While the festival initially filled a void in the city and community, the arts scene in the Reading area has blossomed over the past three decades.  Further, as many of the ardent supporters of the festival have aged or moved on, support from the two churches has dwindled.  Now in its second year as an independent 501(c)(3), the festival committee is primarily composed of church members, but chaired by an outside community supporter of the arts.  Seeking niche offerings, the past three opening galas have featured outstanding high school musicians and members of the Reading High School’s Poetry Out Loud program.  There have been evening salons held at a church member’s house.  Recent offerings have included an evening with Kurt Lueders, a friend of a Christ Church member, with a presentation entitled “Aristide Cavaille-Coll: The Right Man at the Right Time.”   This year Christ Church member Dr. Richard Androne will lead a discussion of Arthur Miller’s The Crucible, this year’s drama, focusing on the political implications and the consequences that are a result of lies, rumors and the mass hysteria to which they lead. Last year’s production of 1776 featured an all-female cast.  Another recent offering was an original one-act bilingual opera, En Mis Palabras/In My Own Words.  The lead was a Latino student from Reading High School. For the past two years, David Lutz, a Berks County native and professor emeritus of the University of Music and Performing Arts Vienna, Austria, has presented Master Classes in German Art Song and Vocal Accompanying.

Over the years, many people have been blessed by the offerings of these two arts supportive churches and their members.  With creative visioning, the Fall Festival of the Arts will continue to be an important player in the arts scene of the greater Reading community for years to come. 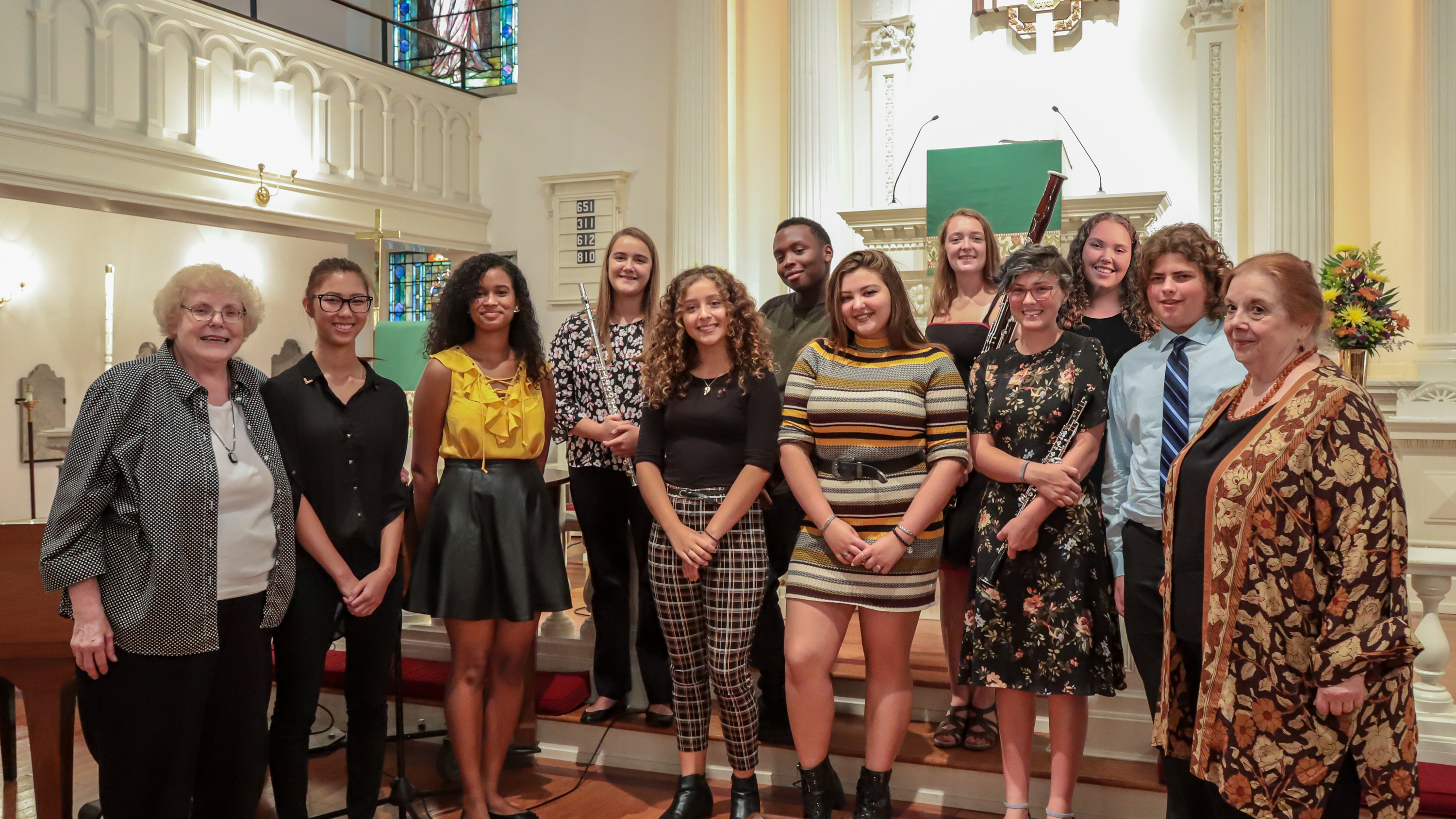 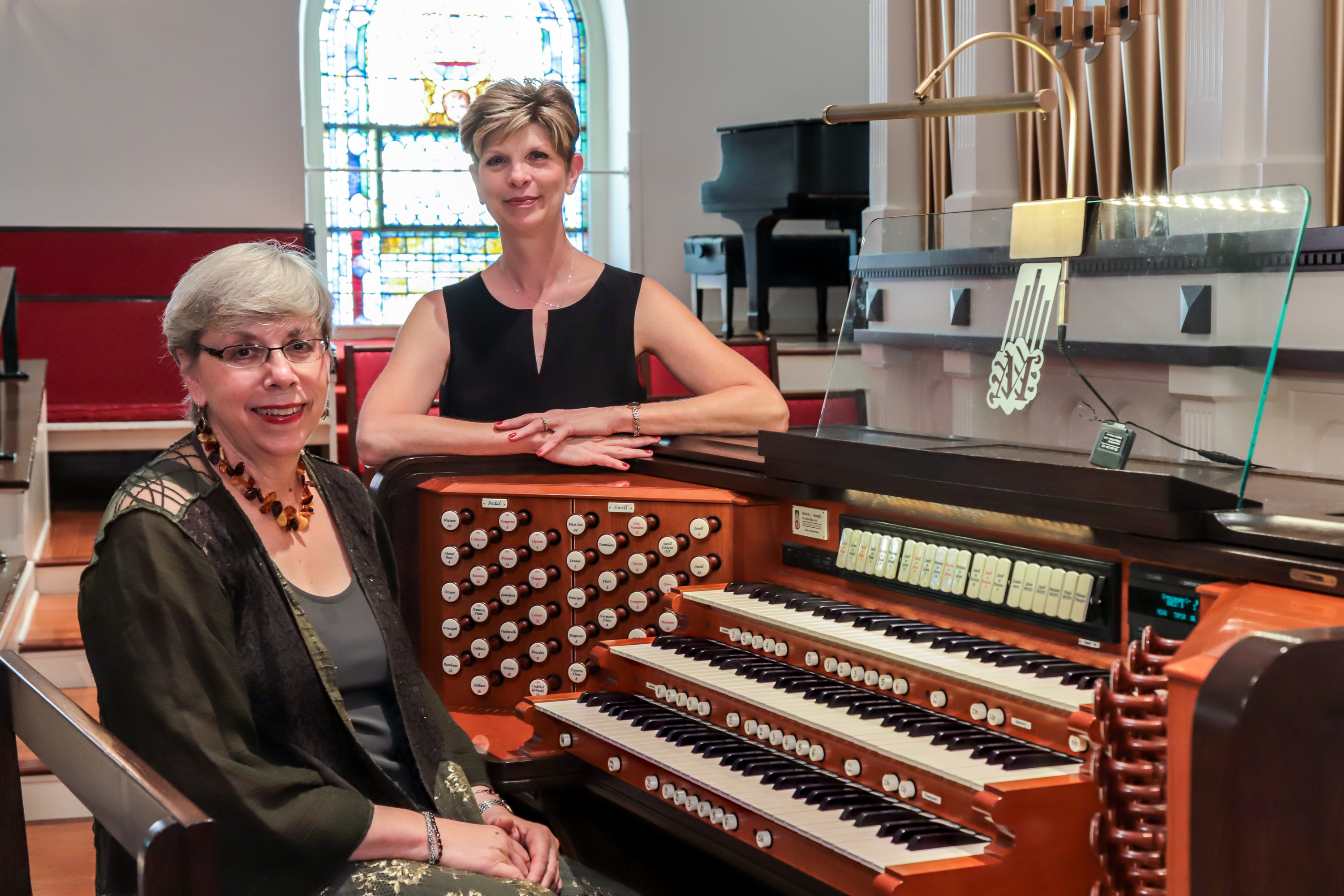 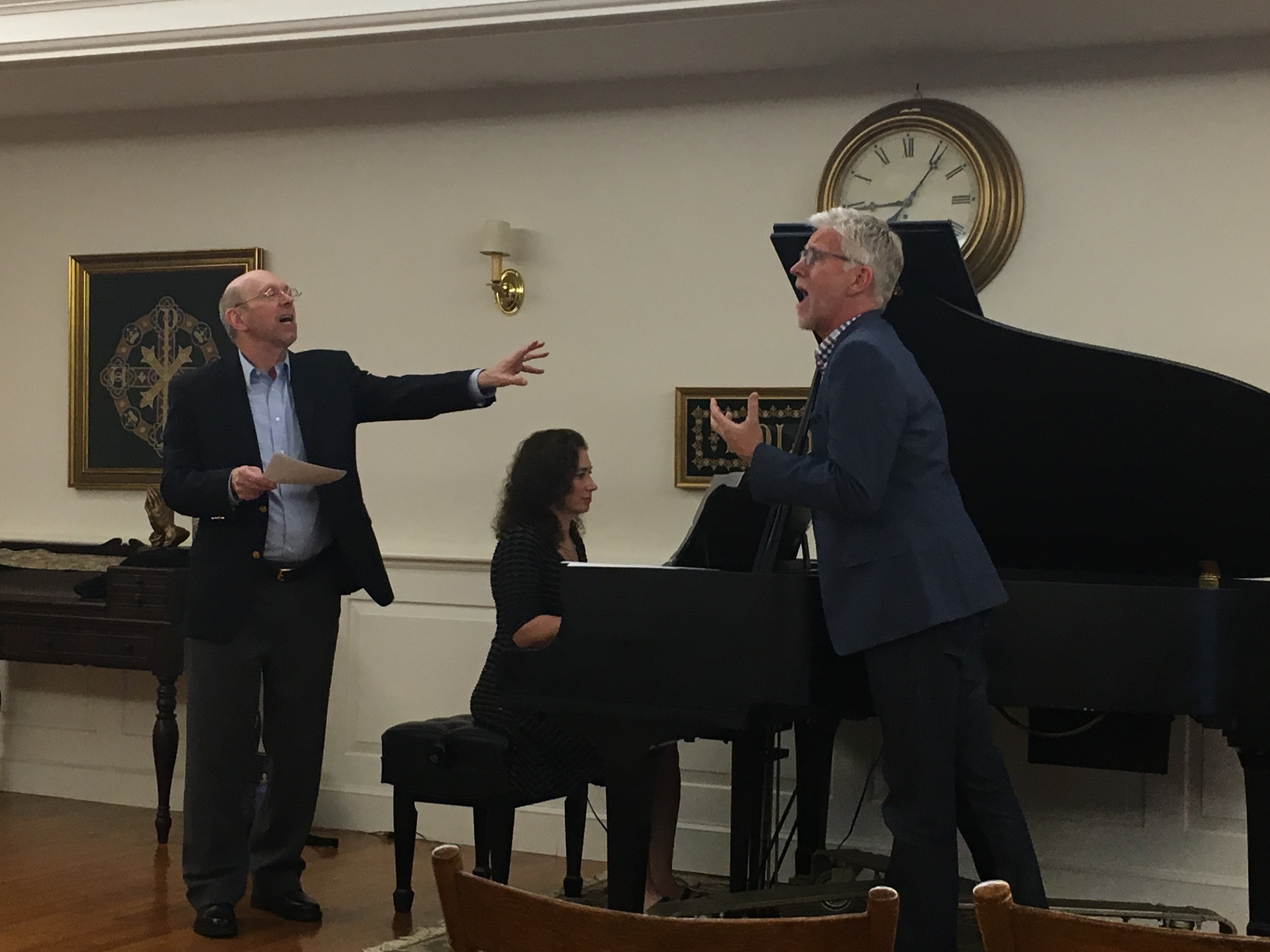