Clair Rozier and Elaine Sonnenberg serve as full-time musicians at the same Episcopal Church. Clair has been Director of Music and Organist at St. David’s Episcopal Church in Wayne, PA for almost 20 years. Six years ago Elaine Sonnenberg joined the music staff as Associate Music Director and Organist. Together they run a large, primarily volunteer program of choirs and handbell choirs at this 2,500-member parish in suburban Philadelphia. The choirs have travelled to the UK numerous times and sung in many great cathedrals, including Gloucester and Bristol as well as sung residencies at Wells and Ely. Under Elaine’s direction, the Youth Choir has traveled to sing in Scotland as well as in US cities. Clair and Elaine share in the choral direction and service playing/accompanying responsibilities each week. 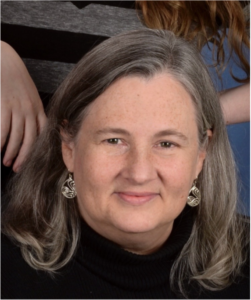 Clair Rozier is an accomplished organist, choral director and teacher. She has concertized internationally and in the US, presented workshops and recitals for many AGO chapters, and was a clinician at AGO National Conventions in Seattle, WA. and Philadelphia, PA. As a music professor at the University of North Carolina at Wilmington she taught organ, theory and church music, and later moved to suburban Philadelphia to serve as a full-time church musician. At St. David’s, in addition to overseeing the music program, she directs the adult choir in evensongs and concerts throughout the year, and trains the children’s choir. In 2007, after St. David’s built a new worship space, Clair helped in the process of selecting and installing a new Dobson threemanual mechanical action organ. Clair’s th ree-manual mechanical action organ. Clair’s earliest studies were at the National Cathedral School for Girls in DC as a student organ Richard Roeckelein. At the age of sixteen she gave her first public organ performance at the Washington National Cathedral. At Goucher College she studied with Dr. Barbara Thomson, completed graduate work with Dr. David Mulbury, at Cincinnati Conservatory, and her doctorate with David Craighead at the Eastman School of Music. As a student of Marie-Claire Alain at the Conservatoire National outside Paris, she earned the Prix d’Excellence.

A native of Ohio, Elaine Sonnenberg is a long-time church musician and a fine organist and choir director. At Indiana University, she earned her Master’s and Doctoral degrees as a student of Dr. Christopher Young. As a Church Music Intern at Trinity Episcopal Church, Bloomington, Indiana, she had the opportunity to work with renowned church musician, organ teacher and concert artist, Dr. Marilyn Keiser. Throughout her time in Indiana she also worked with the Indiana University Children’s Choir Program, developed a community handbell choir, and served as Organist for Beck Chapel. At St. David’s, Elaine directs the Cherub/Primary choirs, Youth Choir and Bell Choirs and teaches piano privately