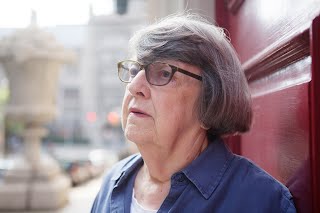 Louise Basbas
Louise Basbas is director of music and the organist at Corpus Christi Church where she conducts the Choir of Corpus Christi Church, an ensemble of professional singers which specializes in historically informed performance. Her choice of repertory reflects an adventurous interest in seldom-heard and unusual compositions—first performances of newly edited renaissance and baroque music, twentieth-century compositions, and commissioned works. In addition to singing at the 11:15 a.m. liturgy each Sunday and at all holydays throughout the year, the Choir of Corpus Christi Church appears annually as the resident performing ensemble of Music Before 1800 concert series, an organization founded by Louise Basbas in 1975. Other Music Before 1800 performances in this highly regarded early music organization include up-and-coming performers, debut events and established soloists and groups from both the United States and abroad. In addition to serving as executive director of Music Before 1800, Ms. Basbas is a board member of the New York City Chapter of the American Guild of Organists, Chamber Music America, the Friends of Liturgical Music at Corpus Christi, GEMS-NY, the Musicians Foundation, the New York Musicians Club (The Bohemians) and is chair of the Saint Wilfrid Club.