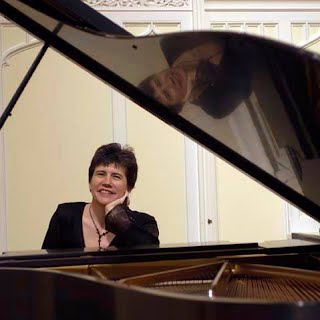 Dr. Shelly Moorman-Stahlman is a Professor of Music at Lebanon Valley College in Annville, Pennsylvania, where she teaches organ, piano, class piano, and church music courses. Her students have received top honors in numerous competitions. Dr. Moorman-Stahlman holds degrees of Bachelor of Music, and Master of Music from the University of Missouri-Kansas City Conservatory of Music, and the Doctor of Musical Arts Degree from the University of Iowa. She has studied piano with Ruth Slenczynska, Santiago Rodriquez, and John Mclntyre, and organ with Delbert Disselhorst, Delores Brunch, John Ditto, and Harald Vogel.

A frequent recitalist as both an organist and pianist, she has garnered an impressive array of competition credits which include: Semi-Finalist at the St. Albans International Organ Competition in England, Audience Prize at Spivey International Competition, Finalist in the Arthur Poister Competition, Second Prize in the MTNA National Wurlitzer Competition and Finalist, Region VI AGO Competition. She has been a featured artist at major venues in Washington D.C., New York City and Philadelphia receiving outstanding reviews such as “knock out performance” (Philadelphia Inquirer), “player of technical command” (Kansas City Star), and “transcendent musical experience” (pip-org-I). She has also given many workshops and masterclasses for conventions, colleges, and churches. Most recently she has presented organ recitals at the California Lutheran University, Central Synogogue International Series in New York City, Kimmel Center in Philadelphia, University of Arizona, Tucson, RLDS Temple in Kansas City, Christ the King Cathedral in Atlanta, and for the Region III AGO Convention. Her recent piano performances include a performance of the Rachmaninov Rhapsody on a Theme of Paganini with the Hershey Orchestra, the Rachmaninov Piano Concerto No. 2 with the Central Pennsylvania Orchestra, the Beethoven Concerto No.1 with the Pine Street Chamber Orchestra in Harrisburg, and numerous solo piano recitals throughout the region and in the midwest. Dr. Moorman-Stahlman has recently become an advocate for the organ in Brazil and will be working in Brazil during her sabbatical in the spring of 2015. Dr. Moorman-Stahlman has served in numerous American Guild of Organist leadership roles including the National Committee on Professional Education and has taught at numerous Pipe Organ Encounters throughout the country.