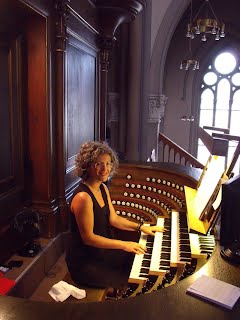 Giuliana Maccaroni. Graduated from the G. Rossini Conservatorium of Pesaro, where she studied Organ and organ composition with Maestro Marco Arlotti, with top marks and honours. After further study she obtained a Diploma in Harpsichord and a degree in Musicology (specialization in music library science) at the University of Cremona. In addition, she gained a Magisterial organ degree at the Conservatorium of Vicenza with Maestro Roberto Antonello.

Giuliana Maccaroni is the regular organist of Christ the King Church, Pesaro, with a Mascioni historical organ. In this church she is the artistic director of the international organ festival “Vespri d’organo a Cristo Re”.

She teaches Organ at the Conservatories G.B. Martini of Bologna.