Traveling to Europe is a rite of passage for organists. To climb the stairway of Notre Dame Cathedral is to walk in the footsteps of Louis Vierne and the idea of experiencing that legendary 32’ plenum on Ste-Croix in Bordeaux tempts anybody drawn to French Classical repertoire. Going to the “birth continent” of the organ and hearing these instruments in their original spaces is a dream of all of us who are seduced by these composers’ music.

When I received a Fulbright grant to study at the Conservatoire à Rayonnement Régional de Toulouse, France, meeting these instruments first-hand was a dream that had become a reality. After five years of intensive studies at Oberlin College and Conservatory in Ohio, where there was little to do but practice and study, this newly minted graduate was more than ready to leave not only university studies but also the familiarity of America. The reality of moving my life to a continent away also brought a host of unexpected discoveries and experiences – to the point that that my studies in France became as much about shivering in cool organ lofts as exploring this world and the countless cultures that inhabit it.

Toulouse, the “paradise of organs,” is the capital of Occitania and thus sits solidly between two cultures: the French and Occitan. The bilingual street signs (rue du Languedoc and Carrièra de Lengadòc) and metro announcements, in which the French would be followed by a lilting, Spanish-like language serve as constant reminders of this marriage of culture and language. The Toulousain French accent, known as the “sexiest” in France thanks to its association with vacation (who doesn’t yearn to head south for a city that never gets below freezing?), sounds to this New Englander like a cross between a Québécois and Spanish accent and is as relaxed as the culture in this Latin corner of the world.

In Toulouse, duck is king and the entire southwest region is profits from the French love of all things duck: confit de canard, magret de canard, foie gras, aiguillettes, canard à l’orange, coeurs de canard… Towards the end of my time in Toulouse, bird flu struck the farms and I watched friends, many of whom were farmers, worry for half of a year about their present and future income. Thankfully, after they had emptied their storerooms of all they had saved from previous seasons, the flu passed – but I am still quite curious as to how some ducks actually survive to live in the park across from my apartment without ending up in somebody’s Sunday dinner.

Live seemed slower in Toulouse. On a window across the street from what I nicknamed my appartement bohème (an attic room on the third floor of a house that, at one point, accommodated nine people with its one kitchen and 2.5 baths—a place where the bread regularly ended up in the drying rack and cheese was left on the counter for a week and a half) was scribbled “NE TRAVAILLEZ JAMAIS” (Never work), a theme for what appeared to be the city’s apparent work ethic and became my own. There were always crowds sitting outside on the place du capitôle enjoying espresso or wine at all hours of the day (and night). Eerybody managed to take 3-4 hour lunches, complete with apératif, entrée, plat, dessert, and café. Rushing was not an option, and the intoxicating sunshine that lasted late into the fall encouraged such leisure. Even when the winter rain arrived, umbrellas and heaters appeared so that all could take full advantage of smoking on the terraces and catcalling passersby. Somehow, everybody still got things done but how remains a mystery.

The French reputation for strikes remains intact. I experienced more than a half-dozen major transportation strikes, some air traffic controller strikes, and a few municipal worker strikes in which the conservatory closed with no warning. My first was on arrival at the Toulouse airport from Brussels at 11:30p.m. No trams and buses had appeared and taxicabs did not respond to calls. Approaching four policemen loitering by their cars, I asked what was happening. Their response, shrugging their shoulders, was that there was no way to get into town since the Toulousain public transportation team was on strike. Looking pointedly at their four cars and back to them, I asked what they expected one to do for the evening. Upon receiving no answer besides another shrug, I saw three men heading to their cars, speaking a combination of French and Spanish. Upon discovering that they were headed towards Toulouse, I gave them the direction of the nearest metro stop and they graciously drove me there. However, it was so late that the metro was closed. Dragging my suitcase, which, at this point, felt as though it weighed more than typical carryon baggage and thinking it unwise to drag it behind a city-bike, I began the three-mile walk home. While passing an apartment building, a car pulled out and I stepped in front. Upon learning of the situation, the young couple inside the car rolled their eyes and offered to drive me home – and even attended one of my concerts in Toulouse some weeks later!

Organs, like castles, are found in the most unlike of places in the French countryside. To drive through rural France is to drive between cities with populations of two and three thousand that house instruments dating from 16th and 17th centuries. These instruments are teachers, boxing the student’s ears for clumsy trills and biting when a modulation goes awry. Back in the city, the crown jewel of Toulouse remains St-Sernin’s 1888 Cavillé-Coll, where one can experience the challenges of the heavy swellbox, temperamental ventals, and cramped bench. I learned the true meaning of “legato” here, listening to the releases of the barker and the reflection of the sound bouncing back from the other end of the 377-foot nave as Franck and Widor came to life on instruments that speak their language.

A year in France was not enough to internalize the intricacies of the culture, the language, and the music. The experience taught me to throw my heart and soul into the expression of that which has remained with me: the memories of those long afternoons lingering over wine and foie gras, about to practice at St-Sernin and still hearing the echoes of that morning’s grands jeux in my ears. To all who hesitate to pursue that rite of passage and dive into life abroad, I say: the cities and lofts are there and waiting for you. 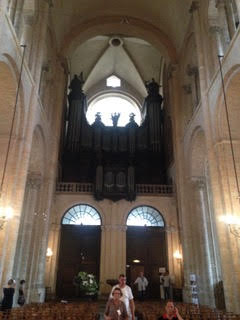 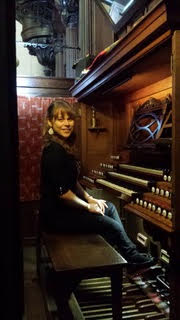 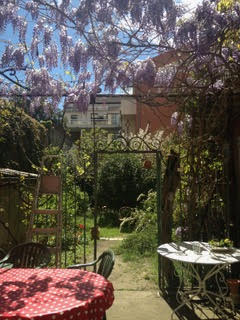 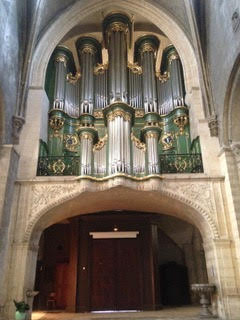