I am very grateful to Gail Archer for the opportunity to introduce myself to my colleagues in MusForum. In 2011 Gail Archer advertised the intention to commission a piece to a woman composer via New York Women Composers. At that time I had many compositions written in various genres, but only one hymn tune composition for organ. At the same time I have been working continuously as a church music director since 1993. Currently I serve as Music Director of St. Michael’s Lutheran Church in New Canaan, Connecticut. I was interested in writing my own music for both church and concert use. I sent my piece to Gail and received a commission. The creative output was And The Greatest of These Is Love. The title of the piece quotes the famous passage from the Bible (1 Corinthians 13:13) “And now these three remain: faith, hope and love. But the greatest of these is love.” The piece was inspired by the stained glass windows by Marc Chagall and Henri Matisse, located at the Union Church of Pocantico Hills in Westchester County of New York State, where I live. The church was built by Rockefeller family in early 1920s and is one of the major tourist destinations in Westchester. When I visited the church for the first time, I was overwhelmed by the intense colors and light, emanating from Chagall’s windows. Chagall was a true master of light. Chagall, like myself, was from Belarus. He was born and raised in the Belarusian city of Vitebsk prior to moving to Paris in the early 1920s. France became his second home. I arrived in the U.S. with my husband, composer Alexander Dmitriev, and eight years old daughter Vladena from Minsk, a capital of Belarus, and made the United States my second home in the 1990s. There are nine windows by Chagall and one window by Matisse (the Rose Window, his last work), at the church. I selected four Chagall’s windows and Matisse’s window as sources of inspiration for my piece. Two of Chagall’s windows depicted the subjects of the Old Testament (“Joel” and “Elijah”) and two-of the New Testament (“The Crucifixion” and “The Good Samaritan”). My composition is a set of variations on two themes, including one of my favorite Belarusian folk tunes. Biblical quotes, selected by Chagall, became the titles of the movements:

Gail premiered the piece at the Central Synagogue in Manhattan in February of 2013 and toured in many cities in the U.S. and Europe. The piece received numerous positive reviews: “the piece is a continuous journey as if one walked by these vibrant pieces of art and became awash in light,” “the piece was compelling, programmatic, and a dazzling virtuoso display,” “the stark music…the listener could hear the juxtaposed shapes and the rugged glass cuts that comprise the revered thoughts expressed in modern idioms, graphic and aural; old sounds do not have the palette to describe the new windows.” One of the Gail’s beautiful performances will appear on YouTube shortly.

In 2014 Gail Archer presented my music at the Barnard College of Columbia University at the concert entitled The Muse’s Voice. Barnard’s students and faculty performed the excerpts from my piano suite Fairy Tale Pictures and choral cycle When The Wind Is Blowing (under Gail’s direction). I also sang (I am a lyric coloratura soprano) two arias from my comic opera The Wedding Gift of Pirate Granny.

In May of 2020 The Sacred Music Press, a division of Lorenz Corporation, will publish a collection of my six hymn-tune organ pieces. These pieces include God the Omnipotent (tune Russian Hymn and quoting Russian Orthodox Chant “O God, Save Thy People”), Let All Mortal Flesh Keep Silence (tune Picardy, also quoting Une Jeune Pucelle-16th century French folk melody), Amazing Grace, and three Christmas pieces: Ding, Dong! Merrily on High (also quoting Puer Nobis Nascitur – “Unto Us a Boy Is Born” -16th century French melody), Heaven and Earth (Belarusian/Ukranian Christmas carol) and We Wish You a Merry Christmas (16th century English carol, incorporating English change ringing). My love of storytelling in music is reflected in this collection. I hope my colleagues will consider it when it is out in print. Here is a sample of the organists’ response I received:

“This is a terrific piece, and the canons are very well done! What a great thought, to combine these for Christmastide.” (About Ding, Dong! Merrily on High) -David Enlow, concert organist, Juilliard School faculty

I would like to mention my other compositions, as I write in many genres. My choral output includes The Ballad of Barnaby (W.H Auden’s paraphrase of the medieval French legend Le Jongleur de Notre Dame)), an extended work for mixed choir, commissioned in part by Dale Warland Singers. It was premiered in New York City by New Amsterdam Singers (Clara Longstreth, conductor) and later performed by The Central City Chorus (Steven Black, conductor). You can see/hear it on my YouTube channel. Another piece is the five-movement choral cycle When The Wing Is Blowing (poetry by the Belarusian poet Maxim Tank), a winner of All-Union composition competition before my arrival in the U.S. (poetry by the Belarusian poet Maxim Tank). Among the performers in the U.S. are Gregg Smith Singers, New Amsterdam Singers, and New York Concert Singers (Judith Clurman, conductor). I also composed a short anthem for mixed choir Ten Commandments. I am looking for an exciting religious poetry to write church anthems and choral music.

I have two CDs of my music: orchestral music was recorded by the Michigan State University Children’s Choir, soloists, and the Detroit Symphony Orchestra under Leonard Slatkin’s direction (Naxos 2012 “American Classics”). It includes 40-minute cantata Songs for Lada (Belarusian folk poetry) and tone poem To The New World. I have three extended compositions for tenor and ensemble. Two of them, solo cantata Majnun Songs (poetry by Majnun, a 7th century Arabic poet) and humorous song cycle Mother Said (contemporary American poetry by Hal Sirowitz) appear, among other works, on my chamber disk “Pinsk & Blue” (Albany Records 2007). Recorded by the Naumburg Award-winning ensemble Da Capo Chamber Players and soloists, the disk also features the composer as a pianist and conductor. Another extended work for tenor and ensemble is the song cycle Merry Hour (poetry by Mikhail Lermontov), premiered at Merkin Hall in New York City by tenor Steven Ebel and Da Capo Chamber Players under the composer’s direction. The performances of all three tenor/ensemble pieces can be seen on Vimeo. Among my theatrical works (all my compositions have a theatrical quality) are the one-act comic opera The Wedding Gift of Pirate Granny (libretto by David Johnston, presented by the American Lyric Theatre and Hartford Opera Theatre), one-act ballet When Reason Sleeps and Wakes: Goya Images inspired by Goya’s drawings; The Animal That Drank Up Sound (poem by William Stafford), a “music telling” theatrical fairy tale for children and families, scored for four instruments (flute/clarinet/trombone/euphonium/and percussion). It also includes choreography and narration. Commissioned by Indiana based ensemble Tales & Scales, it was toured in all U.S. states. Among my extended piano compositions is Gulliver’s Travels: A Voyage to Laputa, commissioned by Susan Rose through Meet the Composer and premiered by the noted Russian-American pianist Vassily Primakov. I have many compositions for various instruments (violin, concertina, clarinet, piano) and chamber vocal works. My music was commissioned and performed by wonderful performers from all over the world and I am very grateful for these collaborations.

My music (except for upcoming organ collection with The Sacred Music Press) is available from Bill Holab Music (billholabmusic.com).

I am, as they say, a musician of many hats: composer, conductor, pianist, organist, and soprano. As a singer, I perform solo repertory ranging from Renaissance to contemporary. Some of my solo and duo recitals (with mezzo soprano Anna Tonna) are dedicated to historical and contemporary women composers. Recent performances took place at the National Opera Center in New York City, Liederkrantz Foundation, Barnard College, among others. Some of recitals were sponsored by New York Women Composers.

I am always open to new exciting collaborations and would be happy if my colleagues- organists and choir directors become interested in my music. 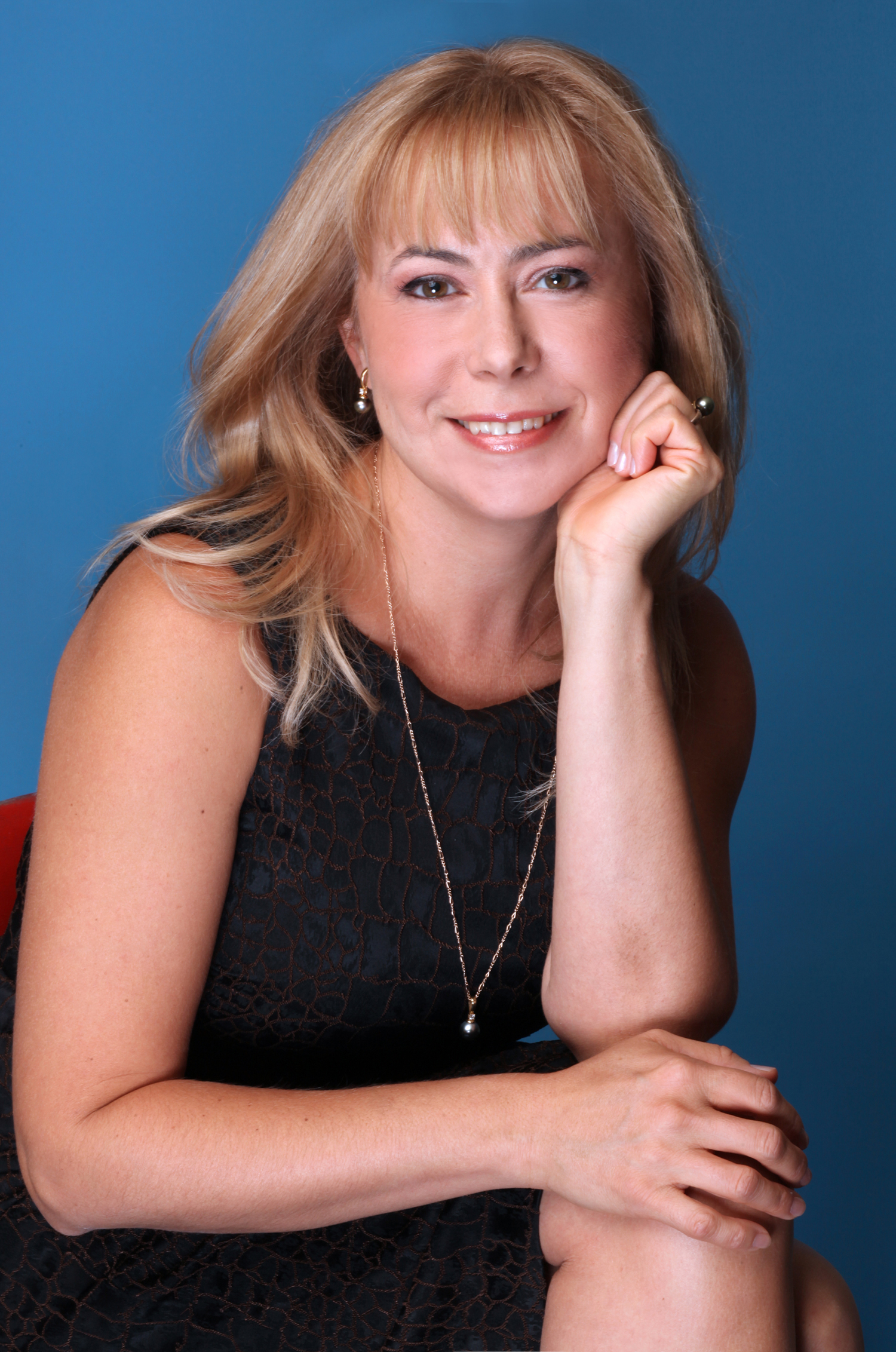