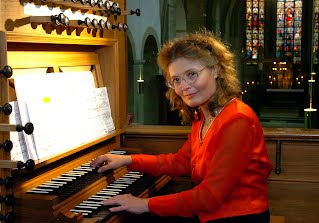 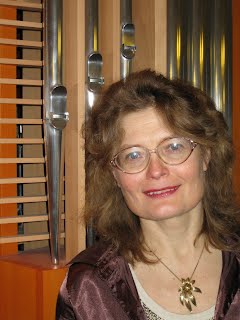 Following her first recitals in Paris and London Ines Maidre was acclaimed by “The Musical Times” (London) as one of the most promising organists of her generation. During the last twenty years she has performed throughout Europe, appearing at prestigious international festivals in Holland, Belgium, Germany, Luxembourg, Denmark, Sweden, Norway, Finland, Latvia and Estonia and at cathedrals like Notre-Dame, St Sulpice and Madeleine  (Paris), Westminster Abbey (London), St.Bavo (Haarlem), Oude Kerk (Amsterdam), Laurenskerk (Rotterdam) St Michaelis (Hamburg) and Altenberger Dom . Under the baton of Neeme Järvi, Martin Fischer-Dieskau, Tõnu Kaljuste, Fabio Ventura and Leo Krämer she has played a number of organ concertos and great symphonic works. In 2008 she went on her first concert tour to Latin America appearing at festivals in Brazil, Uruguay and Argentina. After her 2011 concert trip to the USA, including performances in five states, she was invited back in 2013 for a new series of organ recitals and lectures on Baltic organ music.

Ines Maidre’s virtuosity and passionate musicianship, combined with exquisite stylistic taste and outstanding art of registration, have always been emphasized by the critics. An excellent interpreter of early keyboard music as well as a virtuoso performer of romantic and modern organ works she offers varied and exciting programs for all types of organs from her vast repertoire. In her passion to introduce organ music to a broader audience, Ines Maidre has created several original programs with a special thematic focus.  Concepts like “Bells in the Organ,” “Swan Songs for the Organ,” “Cathedral Windows,” “In Bach’s Footsteps,” “Legends in St Nicholas” and “Litany of the Dance” have remarkably increased the number of organ loving audience at her recitals. The artist’s collaboration with various soloists and ensembles has resulted in many programmes combining organ with Gregorian chant, trompet, saxophone, dance, percussion, harp, violin, brass band, synthesizer etc

In her most recent programs she has given much attention to the art of tango by presenting Guy Bovet’s “Tangos ecclesiasticos” together with traditional organ repertoire and linking them to classical forms. Her 2014 programmes include performances of C.Saint-Saëns’ “Carnival of Animals” and S.Prokofiev’s “Peter and the Wolf”, both as part of Pärnu Organ Festival 2014 where she is artistic director.

A graduate of the Estonian Academy of Music, Tallinn, Ines Maidre holds soloist diplomas of both piano and organ with the highest distinctions. Her postgraduate studies with Daniel Roth in Paris were crowned with a Prix d’excellence avec les félicitations du jury and at the Concours Musicale d’Ile de France in 1991 she won the First Prize in organ playing. Besides her performing career she has been teaching the organ at the Estonian Music Academy and is now an associate professor of organ at the Grieg Academy, University of Bergen, Norway. As part of her scholarly activities she has given master classes and lectures at numerous universities and organist conferences. She has also written a book about the life and works of the eminent Estonian organ composer Peeter Süda (1883-1920) and completed a thesis on “New Horizons in Frescobaldis Toccata Style”. As a harpsichord player in the early music ensemble Musica Celines Ines Maidre has played a wide selection of repertoire from early Italian and English Renaissance to French, Spanish and German Baroque.

Ines Maidre has released several CDs with organ music by Henry Mulet and Odlile Pierre (Hommage a la Cathedrale, 1997), Peeter Süda (A Highlight Of The Romantic Organ Music 2007 and 2012), Anti Marguste, Artur Kapp and other Estonian composers in addition to CDs with her most successful programs Bells in the Organ (1999) and Cantus Nordicus (2004).   Her latest CD, Revived in Tango, presenting Guy Bovet’s Tangos Ecclesiasticos together with their historical inspirations from early Spanish, Italian and French keyboard was released in July 2013 by Grappa Musikkforlag, Norway. A presentation can be seen at: http://www.youtube.com/watch?v=1rwIwcni3cw

In April 2014 she will make a new recording for the label Toccata Classics of the complete organ works of Rudolf Tobias on the unique Ladegast-Sauer organ of Tallinn Dome Church (Estonia).