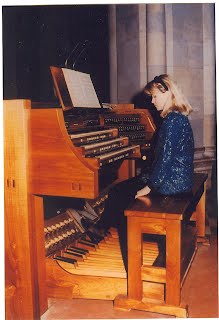 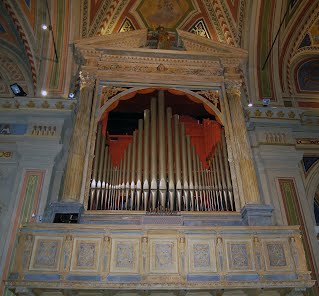 Letizia Romiti studied with Luigi Benedetti at the conservatory of Milan, where she was awarded the diploma in organ, harmony and couterpoint. She proceeded to Milan University, where she took her degree, with a thesis on the organ Masses of Cavazzoni. She has also obtained further diplomas – in harpsichord from the conservatory of Brescia, where she studied with Fiorella Brancacci, and in Gregorian chant from the conservatory of Turin, where she studied with Wally Pallizzari and Fulvio Rampi. She attended for five years the courses given by Luigi Ferdinando Tagliavini at the Accademy for Early Italian Organ Music in Pistoia, and also attended courses given by Keneth Gilbert, Anton Heiller, and Ton Koopman, amonst others. She has contributed articles to musical journals and newspapers, and has published a book, “Hisorical Organs in the city of Alessandria”.She has given recitals all over Europe , U.S.A. and the former Soviet Union. Important venues in which she has played include Leipzig Neue Gewandhaus, Berlin Schauspielhaus, Kiev Opera Theatre, Dijon Semaines Internationales d’Orgue, Naples Festival Internationale di Musica Classica, Festival Slovenske Historiche Organy, Saragossa Jornados Internacionales de Organo, Turin Settembre Musica, Cambridge Summer Recitals, “I concerti dell’Accademia di Musica per Organo” di Pistoia, festivals in Lyons, Cervo, Sion, and Genoa 2004, as well as the cathedrals of Bordeaux, Bellinzona, Seville, Malaga, Constance, Chester, Warsaw, and Oliwa. She has recorded c.d.s on the Serassi organ in Valenza cathedral, and the Bonetta-Ramasco organ in Vallo di Caluso. Together with other players she has contributed to a live c.d., made on historical organs of Slovakia. Recently she recorded together his teacher, Luigi Benedetti past organist of Milan Cathedral, a CD with Mozart organ works (two and four hands) and a CD for “TACTUS” on the historic and rare “Giuliani” organ in Grondona (AL).She also recorded for “TACTUS”, as first world recording, the organ works of Carlo Mosso (1931 – 1995) and published them, together with Marco Santi, for “Berben”.She has given masterclasses on early Italian organ music, both in Italy and elsewhere. She is professor of organ in Alessandria conservatory.

She plays regularly in duo with Elena Romiti ( oboe and cor anglais), with his own teacher Luigi Benedetti, former organist in Milan Cathedral, with orchestras, chamber and vocal ensembles. Since 1978 she has been artistic consultant for the province of Alessandria, organizing organ concerts on historical organs in the area.